What was she thinking?

Last month, a woman was brutally attacked while walking home from a house party in the early hours of the morning. The attack happened in the Togher area of the city.

I don’t know how the woman is doing. I hope she is managing, and that she has support. Gardai appealed for witnesses, but so far there have been no arrests. So, there is a predator on the streets of the city. Add him to the list of suspected, convicted, acquitted predators we know are already out there.

Internet commenters, callers to our show, men I know, said predictable things. Everyone was immensely sorry such a thing had happened, of course. But.

“But what was she thinking, walking home alone, in that part of the city, at that time of night?”

“I wouldn’t let my daughter / sister / wife / girlfriend walk home alone, at that time of night, in that part of town.”

It’s just common sense, isn’t it? It’s common sense for women to know they cannot go anywhere alone… in that part of the city… at that time of night.

But where are we safe, alone? In what part of the city? At what time, specifically, should we be “let” go out alone?

Are we safe in broad daylight? In the early mornings, perhaps, on our way to work, or the gloaming of the early evenings as we make our way home? Are we allowed to go out and earn a living without chaperones? Are we to be permitted to go out in the evenings to a gig or a play or for a run or a cycle or a swim or a pint, without a Garda escort? 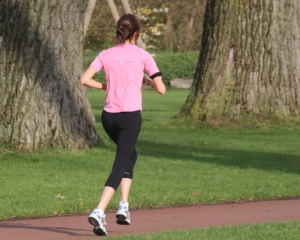 Are we safe in Montenotte, or Shandon, or Turners Cross, or Popes Quay? In Macroom or Mallow or Skibbereen?

Where and at what time, specifically, should women be “let” go out alone by our male protectors, who are only being sensible, after all…?

Almost one in four sexual assaults or rapes experienced by women were carried out by intimate partners, or ex-partners.

The majority of attacks are by someone we know. Someone we have previously judged, and our friends and family believe to be safe. Because all we have to tell us that a man is ‘safe’ is the evidence of our eyes and our gut.

There is no sign on a man’s forehead that says he is a rapist. Fathers, brothers, husbands and boyfriends rape women.

There is no ‘safe’ place to be female. You may as well tell the rain to go away as tell a woman to live in a way that is sure to prevent her from being sexually assaulted or raped. The act of being female in the world is, in itself, risky.

But, when you wear no label, and we know the experiences of our sisters and the statistics are what they are, how are we to know?

We know, of course we know that most men are wonderful, kind, gentle and loving. Thankfully, most of us experience men like you every day.

Men who are insulted by the notion that a woman could be afraid of you purely because some men are rapists, what are you doing about it? What are you doing about the men who shame your gender, who frighten women and who lead us to ‘stay safe’ and to curtail every aspect of our lives in a way that you do not have to do?

While this discussion went on during our show, a lady emailed in.

She, too, walked home from a party, over 30 years ago. She had left the party alone to walk home. As she left she encountered a guy she knew, who offered to walk her home. Relieved at having some company and not having to walk alone, she said yes.

He sexually assaulted her on the way home.