Was it for this?

When Constance Markievicz made history as the first woman in the British Isles to be elected a Member of Parliament, it must have been an epic moment. 100 years ago next year, (some) women across the United Kingdom, then including Ireland, got the vote, and the first to be elected was an Anglo-Irish republican socialist from the West of Ireland.
Notwithstanding her privilege – a member of the aristocratic Gore Booth family and married to a Polish count, Constance was the very definition of born with a silver spoon – she was a firm believer in radical equality and republicanism.

No doubt she would have been imagining a future in which children no longer slept on the streets of Dublin; Ireland’s 32 counties would be free, at peace and united; and women would be equal in all things.

It would be churlish, and ahistorical, to say there has been progress in none of these areas, but, perhaps not as much as Constance would have envisaged. Certainly, the homeless crisis would anger her; the current impasse over the Northern border would be perplexing; and the fight for equal bodily autonomy for women, who continue to face sexual harassment and assault daily, would disturb her.

But there has been progress. And nowhere can we see this progress more clearly than in the media. There are loads of opportunities for women in the media, you see. 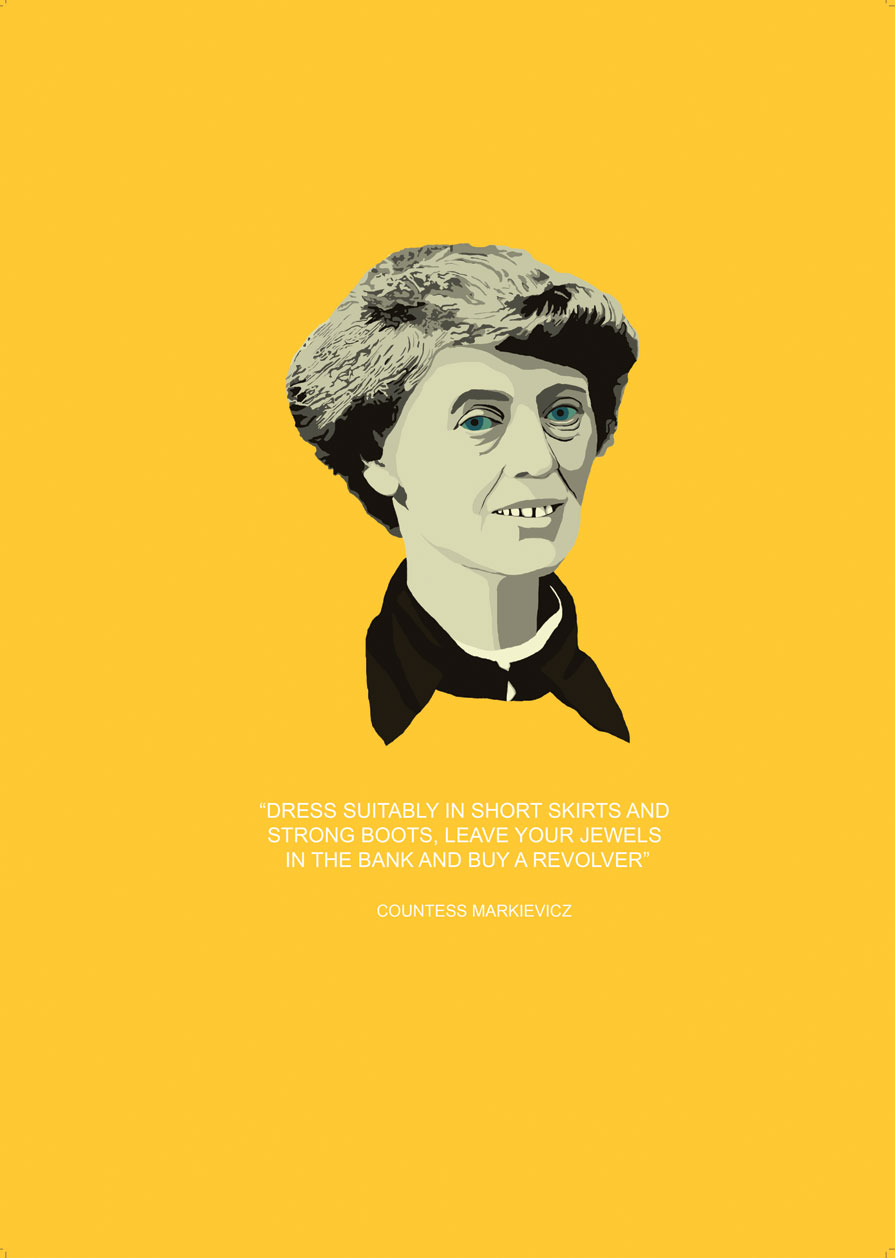 These days, Constance would be in quite some demand. With fashion advice consisting of “dress suitably in short skirts and strong boots, leave your jewels in the bank and buy a revolver”, she probably wouldn’t have a regular slot on Xposé, but her aristocratic background would almost certainly have landed her a starring role in a reality show like Made in Chelsea. Forget a career in politics with just 22% of TDs being female; being married to a Ukrainian with a dubious title would have improved her chances at reality TV stardom even further. No doubt she would agree that ‘empowerment’ means being able to appear wearing very little in photographs, or on TV, or in nightclubs. Being paid less than a male co-star wouldn’t be a big deal – would it? Being harassed by them, ditto.

Of course, the pinnacle of every woman’s ambition in these enlightened days is to appear on reality tv, so to commemorate the centenary of women getting the vote, the geniuses at Channel 5 have decided to launch 2018’s Celebrity Big Brother with an all female lineup.
What better way to commemorate this milestone in equality, than to put a group of nobodies in a house and bore them into torturing each other?

I know exactly how the conversation went in the C5 production room, too. “Women! Great idea! Get some that will fight with each other. Catfights are good. Even better, get some lesbians because we can’t have CBB without sex.” I’m willing to bet my entire collection of feminist literature that the next utterance in that meeting was “what about the men?”

Because, to make it even more pointless, the house won’t remain a women-only zone. The women will be joined by men “over the course of the series”. Yawn. No doubt Mattel is already working on ‘voting Barbie’. Next gimmick, please.

2018 is a huge milestone for women in this part of the world. But it’s only a milestone along the road to equality. Until #MeToo, the necessity for political gender quotas, sex trafficking, spousal abuse, unequal pay and ridiculously lenient sentences for sex crimes, are things of the past, there’s a long road to travel yet.