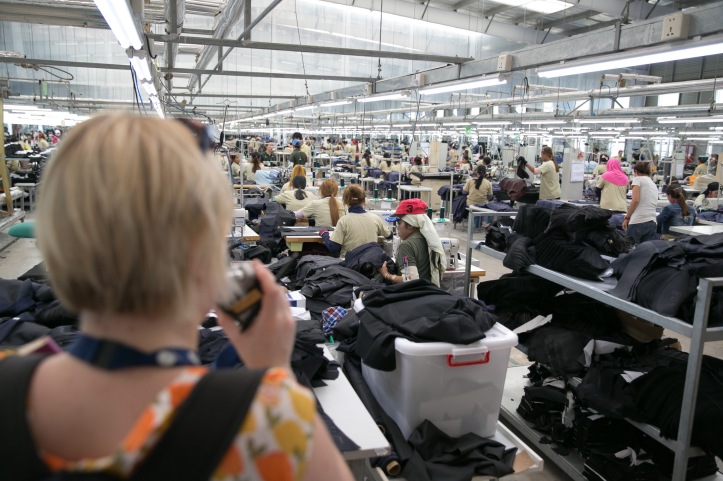 A hectic two days deserves more than a brief blogpost, but time is tight and we have a 5.30am start tomorrow to meet some kids from Anita’s Orphanage at their schools. Can’t get your kids up for school at 9.30? Try sending them to school in Cambodia, where they start at 6am…

After landing in Sihanoukville, a buzzing beachside resort, yesterday afternoon, Rory and I went to see the famous Anita’s Orphanage any St Luke’s resident will be familiar with.

There’s no plaque on the wall, no branded jeep outside, and not everyone who lives there is an orphan. But you don’t have to be orphaned to be destitute.

At the moment, Mohammed Akbari (or ‘Momo’, as he’s known), who has been taking in kids since he first visited Cambodia on holidays and found a small boy who’d been attacked bleeding in the street, lives here with a family of four and with two girls who attend schools nearby.

Momo is a character. He could talk the hind leg off a donkey, he’s vociferous and opinionated on everything from Cambodian energy policy to Europe’s attitude to refugees, but one thing is clear; these kids love him, and they have got an education and a future that, without him and Martin McHenry, never would have been possible.

Most of the children who’ve come to his door have come as a result of parents dying or fathers abandoning their families, because, he says “women have no rights here”. Two girls whose education he funds live with their mother and eight other relatives in a tiny one-up, one-down house in the city after their father did just that. Their father is now on his third marriage.

The other kids, as he refers to them, that he still takes care of, live in another house within the city of Sihanoukville. They all go to the private Christian or Korean schools.

Previously, they all lived together, but a precarious rental market has meant they sought the security of their own place. Right now, there’s a ground floor, and a slab above to make sure that some day the second and third floors become a reality.

There are seven girls and four boys still relying on Momo and the fundraisers back in St Luke’s to ensure they finish their schooling; Momo’s plan is to hand over the house to the girls’ ownership once they finish school “so that they don’t have to marry some guy who will beat them”. 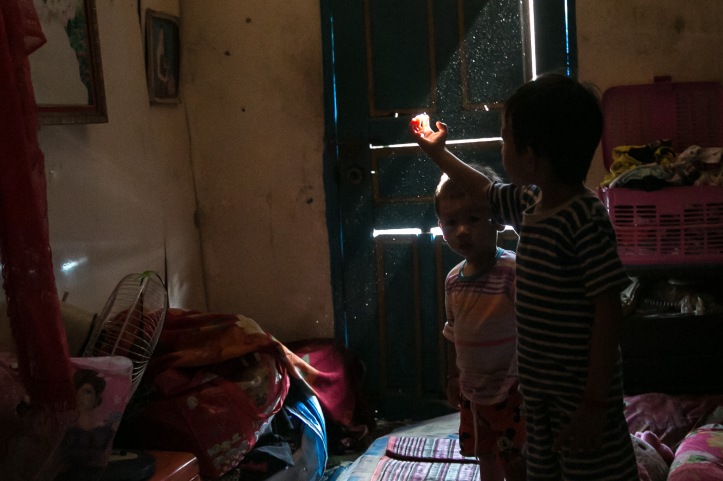 Some of the kids whose rent and schooling Momo pays for, at home in Sihanoukville. Photo: Rory Coomey

You’ll get to meet the kids properly in the next post.

As well as meeting some kids at home yesterday and today, we went to see others at work – Ah Cheng who works at a Chinese footwear factory, and Ket Limthy, or T, who works at the power plant owned by a Malaysian company.

We also got a good look inside  the Man Ou Garment Factory, a Chinese-owned factory making men’s suits for Next and the Japanese market, after some negotiation with middle managers who weren’t aware we were coming…

We spoke to some workers at the factory, who earn $170 per month; minimum wage is $140. It’s clear they’re happy to have the jobs – but none of them want their children doing the same thing. (I’ll post full interviews with pictures over the coming days.)

The factory is clean, bright, and airy. To be honest, it’s not what I was expecting. Sun Lyhov, the Cambodian Labour Federation representative who met us there was quite proud of it, saying it’s an example of the best cooperation they have with a factory owner. The owner, Kevin Liu, is Chinese – they moved out of China due to increased expenses there.