Trysexuals to Love Island in 20 years

It’s been twenty years since viewers around the world gasped at the audacity of four New York women who weren’t afraid to talk about sex, vibrators and orgasms.

They said aloud all the things that magazines like Cosmopolitan had been writing for years. And it made them a worldwide hit, for a market starved of television and films written by women, for women.

In some ways, it’s hard to believe the antics of Carrie, Charlotte, Miranda and Samantha began a mere 20 years ago, because things have changed so profoundly since we first watched them wryly sipping cosmos and comparing dates. 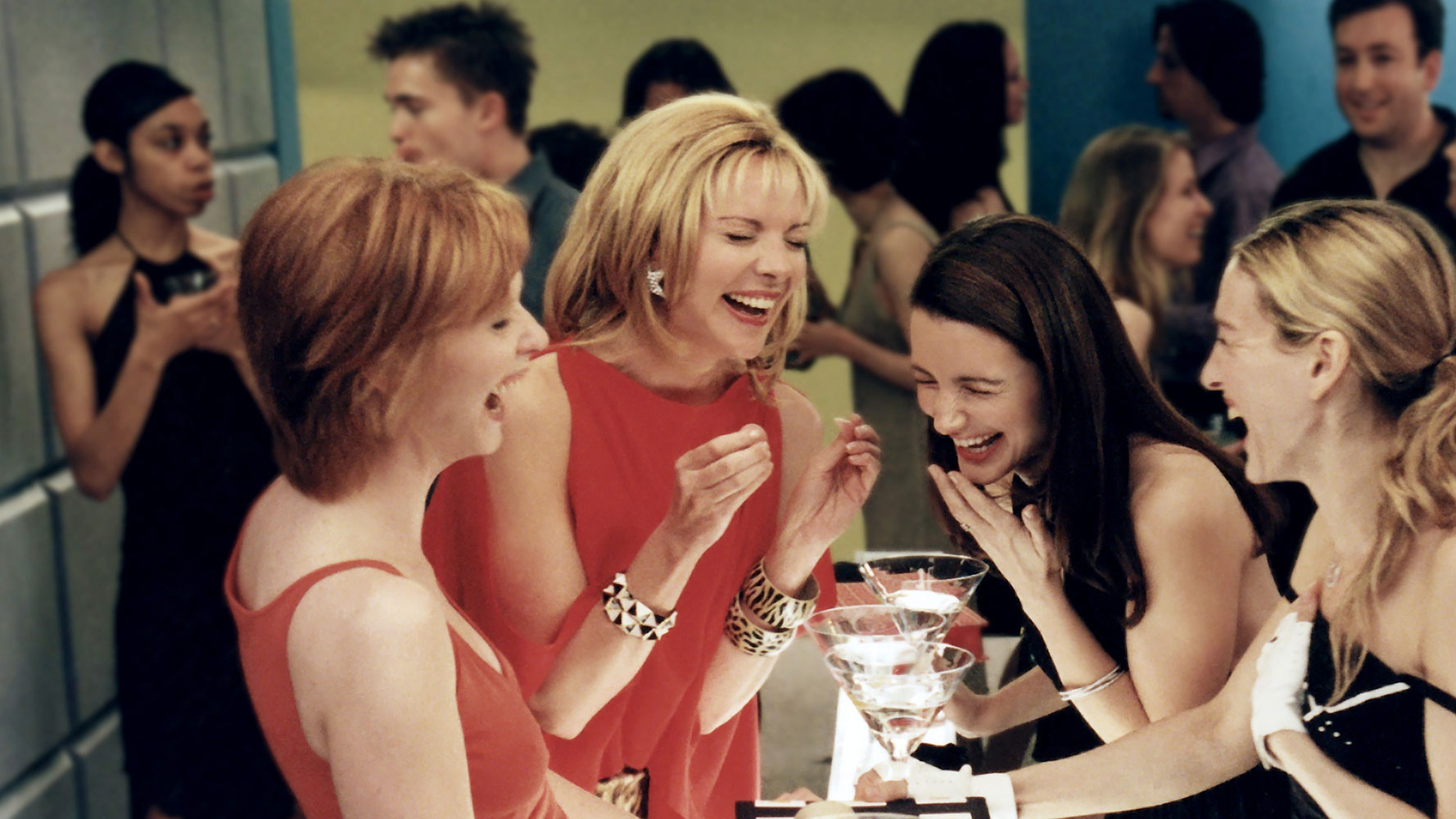 For a teenage girl growing up in rural Ireland, everything about SATC was an eye opener. The glamour, the cocktails, the cupcakes, the attitude to sex and relationships, and even the jobs were completely foreign. I couldn’t help but wonder, and often still do, what IS public relations?

It introduced some dubious trends – your local pub trying to attempt cosmopolitans with juice and cheap vodka in half pint glasses, the cupcake craze (more icing than cake, give me a queen cake any day), and wearing vest tops with tutus and no bra, although that one was never going to last long in Ireland. It also fed into a huge boomtime trend of girls’ shopping trips to the Big Apple, which in turn brought an unfortunate level of pastel-coloured American sportswear to Irish shores, the anti-Carrie aesthetic if ever there was one.

SATC provided an introduction to honest conversations about sex among women, and probably a fair few men, all over the world. The Spice Girls’ ‘Girl Power’, and British ‘ladette’ culture, with its casual sex and heavy drinking had been and gone, but in Sex and the City, the alcohol and hook-ups were accompanied with, depending on which character you identified with, wistful romance, hard headed cynicism or a combination of both. Its combination of innocent belief in true love and New Yawk scepticism was uniquely American, before the world fell out of love with the American dream. You couldn’t consider it a feminist show, although Miranda was a sort of Hillary Clinton-lite, and apparently is the character most women in 2018 most identify with. But it was certainly on women’s side.

There was a lot of sex, much of it rather adventurous, but it was so refreshingly fun. That was the overwhelming message of Sex and the City to women; sex is meant to be fun, on your own terms, you’re supposed to enjoy it, for some people it’s part of meaningful relationships and for others, it doesn’t have to be. But it’s fun, for your own enjoyment and satisfaction.

Looking back from the lofty heights of 2018, it was almost kind of innocent.

Because just this week a show that has become a staple of summer viewing, Love Island, began, and it will command millions of viewers and thousands of column inches during its eight week run. It will also, theoretically, make celebrities of its young and photogenic victims, sorry, stars.

The gulf between the two couldn’t be wider. Although both SATC and Love Island are ostensibly about love and sex, the former seems almost quaint when compared with the latter, a ‘reality’ competition in which preened, perfect-bodied young people participate in a sort of Lord of the Flies meets Blind Date.

Everything happens under surveillance, and with a minimum of clothing. The ‘couples’ (who choose each other on the first night) share a bed, in a sort of dorm room, from their first night on the show. Obviously they are all too good-looking to have morning breath, but the competition to be first in the bathroom to put your makeup on before your bedmate wakes up must be fierce.

After watching the first couple of episodes, it’s hard to see what the attraction is. Yes, a couple of the contestants seem nice, if a bit dim. They’re not all dim, mind you; some of them seem to be pretty sharp, and are clearly using this as a rung on a career ladder of sorts.

But I can’t really see the entertainment value. Now that I have an idea who’s who, I’ll be following it on social media, because the snarky comments are really the best bit. I couldn’t bear to sit through eight weeks of them all telling each other how “like, really lovely” their personalities are, while frantically trying to sleep their way, literally, to the final.

While Big Brother began in 1997, one year before SATC and on the other side of the Atlantic, the culture of voyeurism and instant celebrity it created and fed on, ably abetted by Instagram profiles that are closer to Amsterdam shop windows, has morphed into a show that is now purely a waiting game where we hang on to find out who will be the first couple to undertake a sex act under the ever watchful cameras.

The world has changed unutterably since Sex and the City was first broadcast – so much so, that by the time the second movie was released, it was embarrassingly passé. But even Samantha Jones, who, as a ‘trysexual’, would try anything once, wouldn’t have signed up for Love Island. And she’d be too busy enjoying herself to spend eight weeks watching it.