The best a man can get?

Gillette has been marketed for donkey’s years as ‘the best a man can get’. It’s a pretty simple slogan – our product is better than the others, you should buy it, end of.

But the slogan has been repurposed for the post #MeToo era in a way that is causing absolute outrage among a certain cohort of the population.

The idea? Exhorting men to be their best selves. The cheek!

The new ad campaign is a clever response to the growth in pop feminism and the new awareness of issues like sexual harassment and discrimination. Think Beyoncé’s ‘Feminist’ stage message and adapt it for the boys. 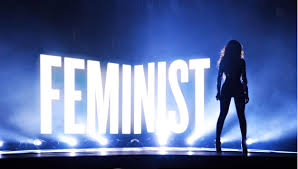 We are all woke, now, and even guys who don’t sport hipster beards need to get with the times. (As an aside, I wonder is this partially an attempt to get rid of the association between beards and wokeness? All those beards have to be doing some damage to Gillette’s bottom line, after all.)

The thing about this ad campaign is that it’s definitely working, because people can’t stop talking about it.

The kind of men who think feminists and lefties and millennials are too easily offended by things like sexual harassment and bullying and the gender pay gap and transphobia and ‘just a bit of fun’ are offended. By an ad. An ad that merely asks, whether those same things are really showcasing the best that men can get?

For those who haven’t seen it, the ad mixes clips of news reports about sexual harassment and #MeToo with images of boys and men doing the kind of things that invite the reply ‘boys will be boys’. It’s a display of toxic masculinity.

We see boys beating up smaller boys, men harassing and belittling women, and – interestingly – a clip of the NFL player and actor Terry Crews talking about his own experience of sexual harassment, by a man. Crews was belittled and dismissed widely when he came out about what had happened to him – critics said he should have been more ‘manly’ and beaten up his aggressor.

The ad shows the harmful impact of toxic masculinity, a term that used to be the preserve of feminist academics but has become widely used and just as widely misunderstood, over the past few years.

Toxic masculinity includes teaching boys that they shouldn’t cry, teaching girls that boys only bully them ‘because he likes you’ and treating women as objects to be pursued and possessed, not humans of equal value with their own free will.

It makes life hell for boys who do not tick the boxes, who are sensitive, clever, creative or, really, anything other than He Man.

Toxic masculinity is probably best personified in the attitudes (if not the reality) of Piers Morgan, who reckons men are emasculated by looking after their own children, thinks vegan sausage rolls are something worth getting worked up about, and is now trying to organise a boycott of Gillette by men who are offended at the notion that they could strive to be better people.

One Irish commentator suggested on twitter that any company that did this to women would be boycotted out of existence, and oh, how we laughed.

The entire advertising industry is based on doing this to women. Companies in pretty much every industry are making billions off selling women the idea that they can be better – better looking, better dressed, better mothers, better employees, better shaped… The list is endless.

We have to bear in mind that this is an ad campaign aimed at selling a product, not any kind of meaningful campaign to change the world.  Gillette can talk to me about feminism when their women’s razors are the same price as the men’s.

But the message of the Gillette campaign is in many ways rather old-fashioned. It’s refreshing to see an ad campaign advocating kindness and empathy rather than a ‘beach body’ (those are only for women) or a perfect home (mainly women as well).

Be considerate. Be kind. Treat other people as you’d like to be treated. Be better. If the very idea of that is offensive to you, then perhaps a razor ad isn’t the issue here.