The belle of Belfast City 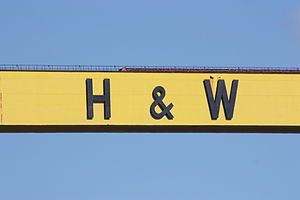 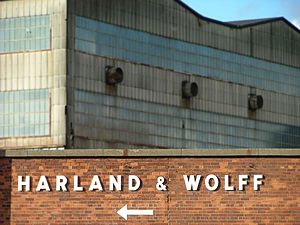 The home of Harland and Wolff is celebrating the Titanic centenary with an enormous tourism push designed to promote a once war-torn city as a weekend break destination.

Belfast is a city on the up. Beautiful old buildings the equal of any in Europe are interspersed with modern, glass-fronted complexes, in a gesture of defiance to those who would see the city as a warzone. Spotlessly clean with an enormous amount of public art in addition to the famous murals, the city is teeming with life, and has something to offer every visitor.

The Northern Ireland Tourist Board is making Belfast, and Titanic, the focal point of NI2012, a gigantic push for the area which signifies a real break from its troubled past. Belfast’s fascination, however, does lie in its history, and there is no better way to learn about this than from a local on the famous Black Taxi tour.

Driven and guided by the genial, considered Paddy Lamb, we toured throughout the city centre, including the world-famous Harland and Wolff shipyards where enormous yellow cranes, Samson and Goliath, dominate the city’s skyline. The shipyards are quiet now, from a peak of employing 65,000 workers at one time, and they are now home to a range of industries including renewable energy and aeronautics as well as a re-imagined docklands including the Titanic centre, the Odyssey and, like dockland developments the world over, some very flashy looking apartments.

With an opening remark, as we passed the infamous Northern Bank, of “I’ve got the balaclavas in the back, I’ll be the getaway driver”, Paddy’s well-earned black humour put us at ease travelling through sites everyone knows from the news, such as Stormont Castle, the Falls Road, Ardoyne and the Shankill Road. The personal approach works well for this tour as stories of real life lived in the Troubles are mingled with facts and figures of Belfast’s history. Politically, a very balanced approach shows the real progress being made in the city and a feeling that people are working together to bring Belfast into a troubles-free 21st century.

The Ramada Encore, a no-frills but friendly hotel catering to all sorts of tourists (including a plethora of tiny Irish dancers in oversized wigs when we visited), is well located in the Cathedral Quarter – near plenty of restaurants including the excellent, if hipster-ish, Made in Belfast and the superb, well-priced casual dining of Nick’s Warehouse. The city has a lot of good food options at reasonable prices and the atmospheric and gorgeous Harlem Café is also a good bet for a tasty bite, good wine, and a really fabulous and friendly experience.

The Ramada Encore is also near the beautiful St Anne’s Cathedral, a Church of Ireland cathedral with a beautiful spire resembling that in Dublin’s O’Connell St and a Catholic chapel off to the side, belying the sectarianism the city has sometimes been known for. Of interest to less devout types is the worship of shopping, and the Victoria Square shopping complex is one of the most pleasant I’ve visited, as it manages to combine being indoors with a feeling of space and airiness.

Sunday was the opening day of Titanic Belfast, the flagship effort of the international centenary celebrations. There is something a little crass about celebrating all that death, but Belfast needed an attraction, and boy is this it. At £13.50 per adult (£6.75 per child) it’s not cheap, but you’ll spend a good three to four hours in this exceptionally designed centre.

Technology is used to great effect, with genuinely interactive displays that include, for example, images of the Harland and Wolff drawing floor. This was a room where plans were drawn out – almost at full size – to make sure initial drafts weren’t faulty. The astonishing scale of shipbuilding projects pre-computer is well illustrated with this one, which projects the drawings onto the floor and challenges visitors to rivet the hull by stamping on the individual rivets – it might sound childish, but it’s a real imagination grabber.

The experience includes an impressive ride taking you through the enormous gantries on which the ship was built and showing how each part of the enormous structure was put together, almost entirely by hand, by thousands of workmen, while there’s an opportunity to view a film of the dive of the wreck, which stands in fascinating contrast to the perfect recreations of some of the rooms on board.

One of the remarkable things about the centre is how it works in the history of Belfast pre-1912. It truly was an industrial powerhouse, and it’s wonderful that the city now has a showcase for its proud story.

The exhibition deals with the sinking very sensitively and with a well-balanced lack of mawkishness. The final, despairing radio messages, communicated by Morse code to nearby ships, are displayed on the walls along with images and contemporary newspaper reports, and these alone are enough to move what appeared to be the majority of visitors, to tears. While there have been bigger, arguably worse disasters, the contemporary shock of the Titanic sinking is best seen in these messages from unbelieving crew on other ships – she was the ship that could not sink.

Fortunately, the fate of Belfast appears altogether happier. See for yourself as centenary events are set to run all year. See www.ni2012.com for more.