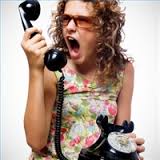 An oldie but a goodie

A colleague reminded me of this one earlier. Dan is definitely the most outrageous, unapologetic, unreformed sexist we’ve had on the show. Ever. I think the research team saved him for me deliberately… he reckons women shouldn’t be allowed on golf courses because their husbands will get no dinner. Listen back below.

Ok, this one is a text. A few texts, actually, and all from women.

Hi PJ.the only way to stop the houseing crisis is to tell theesr stupid young girls to stop having babies every year.anne.

PJ read the text and reckoned Anne was bang out of order.

Pj.i dont think im out of order.they are dropping kids like flies.there should be a cap on the amount of kids a person should have.marrief or unmarried.if on the dole robbing the rest of us workers.anne.

But she wasn’t alone!

I agree with Ann we have young girls all over the Northside dropping kids to mystery fathers and jumping up the housing list! The tax payer footing the bill for these girls mistakes!.. I know personally of 4 girls under 25 multiple kids by multiple fathers, never worked and never will work…

Sexist of the day… Tony tries to mansplain how FG & Labour shot his relatives during the civil war.

Me: “Fine Gael wasn’t around then Tony”

Tony: “Oh yes they were darling”

Alright, a new feature on this blog!

I tend to update my facebook page with details of some of the more hilarious calls we get to the show, from time to time. This post will be updated every time we get a particularly sexist call (most days, probably).

Here’s the, eh, virgin call, from Dan (unrelated to anything we were discussing, by the way):

Dan: “Fair play to all the women, sure they have all the power in the world now… but there’s women running on the roads and not the footpaths. Would you ever tell them to cop on and use the footpaths!”

Dan: “Men do it as well – but the women must be attention seeking with the lycra and it’s hard enough concentrate on the road with all those jiggly bits in the lycra looking back at you.”

Posted by Lucy On Henry Street on Wednesday, September 9, 2015

Seeing as Dan’s story needs some illustration, here’s my pal Lisa, a fitness blogger, in Lycra. I’d really love to get Dan to have this discussion with Lisa sometime. It wouldn’t be pretty.