I hate the word pampering but I do love being pampered. This does not include often-misnamed treatments such as manicures, waxing and other forms of slow, awkward torture where you’re trying to make conversation with someone who really needs to be concentrating on whatever bit of you needs work, and not asking you about the holiday plans they’re really not interested in. Someone once told me I was great to get myself pampered, after a session of physio which had left me black and blue. So, let’s clear this up.

If you’re a man reading this, and thinking of getting a gift on Groupon or similar for your significant other, please re-read the above paragraph and be warned. Most things advertised as ‘pampering’ are banned somewhere in the small print of the Geneva Convention, and they will not make good Christmas presents.

There’s nothing better, though, than lying on a heated bed in a warm room with somebody speaking in a soothing voice and gently rubbing your face! That’s pampering. 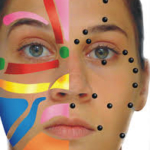 I’ve had reflexology on my feet before, and while I’m always exceptionally sceptical about any medical benefits from alternative therapies, there’s no denying it felt nice and relaxing. It was soothing, and I did feel better after it. If you subscribe to the theory that much of our wellbeing is down to stress levels and the quality of our sleep – I do – then it has to help if you find it enjoyable and relaxing.

So when Catherine Clooney offered me a taster of her treatments at the Natural Clinic, beside the Quay Coop in Cork, I had to try it out.

Facial reflexology is basically all the nice bits of a spa facial, without anybody trying to scrub your skin off or squeeze your pores. There’s a consultation about your lifestyle and medical background first.

The treatment itself consists of a facial cleanse and then a gentle massage of pressure points around your face using cold-pressed rosehip oil, which Catherine makes herself. We bonded on our mutual hate of ‘plinky plonky’ spa music, and Catherine plays wonderful, haunting monks’ chanting. It’s different, but ethereal.

The pressure Catherine uses is gentle but firm, and for anyone who suffers from sinus pressure it’s great relief to the sinuses – I really enjoyed the massage around my forehead and over my eyes as that’s where I can get quite sore.

By the time she finished applying the oil, ending with a gentle rollerball movement which felt both soothing and refreshing, I was in that lovely state between sleeping and wakefulness with which yoga practitioners will be familiar from savasana. And my skin felt lovely.

The clinic itself is very pleasant. It’s an old house on the quays with huge sash windows – even on the grey, windy December afternoon I was there, the room felt airy and bright. It’s a nice change from large, cave like spas. Its also located right beside the Quay Coop, so if you’re feeling especially energised about your new, holistic lifestyle, you can go next door and spend rather too much money on their (delicious) home-made hummus, various herbal teas and other such essentials for the newly converted.

Would I go again? Absolutely. That’s what pampering is meant to be like.