New salon measure a stiff one

As a paid-up fan of the nanny state in most situations it’s not often I’m the first to shout ‘stop’ to public health measures, but they’ve finally hit me where it hurts.
A proposal announced yesterday to stop hairdressers serving a glass of whatever takes your fancy stopped me in my tracks.

Rhubarb & gin martini at Deasy's in Ring, we've been trying to get here for years on the recommendation of @dorasbeag and it was every bit as good as she promised! #westcork #ontour #westcorkriviera #wildatlanticway #gintastic

Is there no fun to be left in the world? None at all? Are we all to exist now in a daily grind of kale and nut bars (both of which I’m fans of, in the proper place and time), or better yet should we just be given soylent green for every meal and dispense with the enjoyment inherent in food, drink and socialising?

You see, as a blonde, this strikes me as pure, utter discrimination. I have short hair, so by no means am I the worst affected (my heart goes out to people with hair extensions), but every time I get my hair done is almost a full day out of my calendar. Highlights take hours, and hours, and hours. It’s a precious day that could otherwise be spent out enjoying myself with my friends, perhaps even having lunch, with a glass of wine.

Aaaand… #after! Delighted with this cut and colour from Paula @chair_artistry_of_hair! Just what I wanted, nice and short but still funky! #newhair #notanad #Ipaid #shortshort

Instead, I spend at least one day every two months sitting sweating in a plastic cloak, inhaling bleach, deafened by hairdryers and loud music, and drinking coffee with a very small piece of complimentary chocolate brownie. Dr Eva is probably already working on a documentary about the effect of free salon biscuits on the nation’s waistlines and planning a brownie-banning campaign. 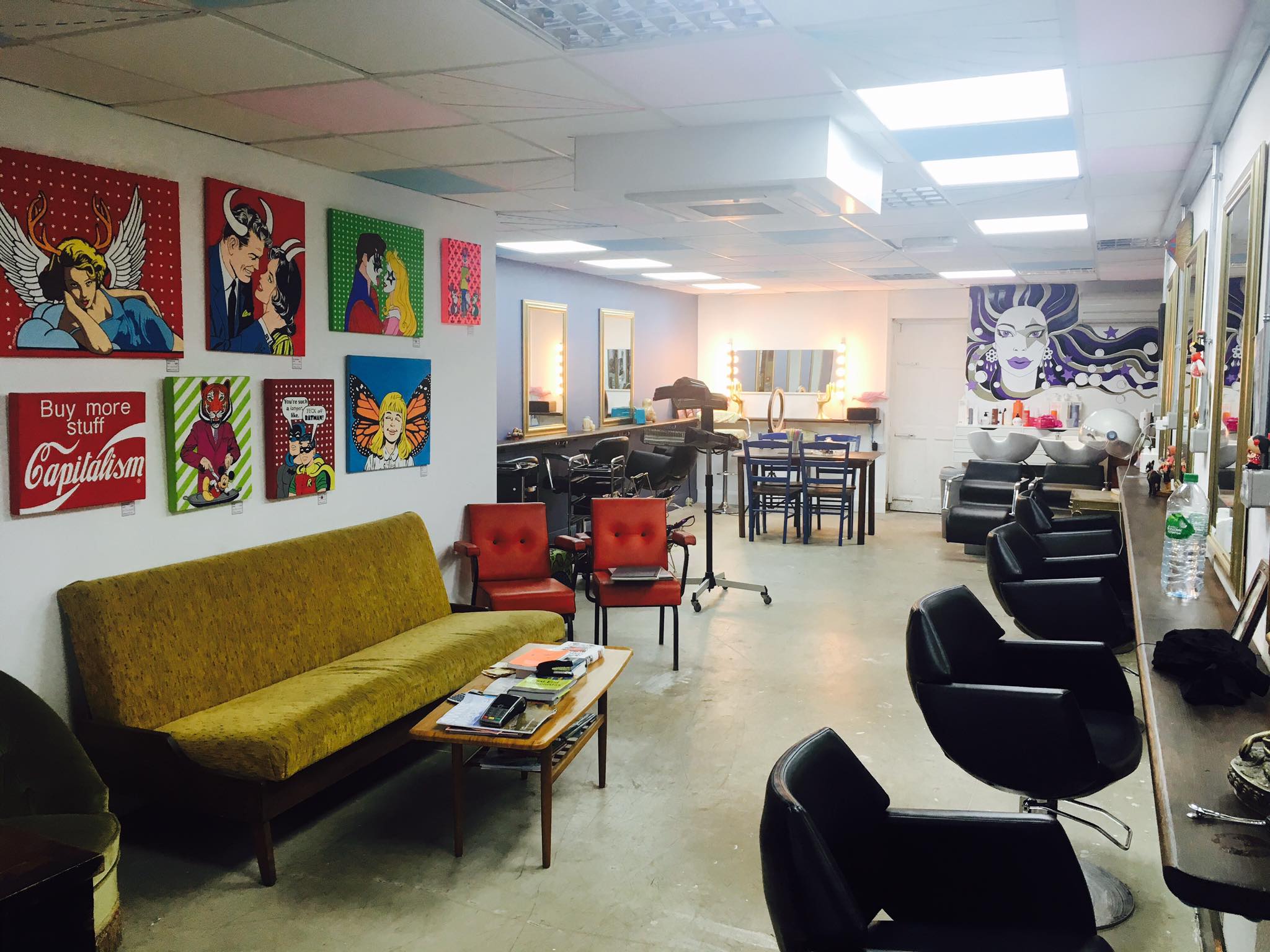 It’s taken me years to find a salon I like, where the loud music and dull magazines are replaced by actual conversation and the kind of banter among regulars that I’d have expected from a post-work pint, except there is very little time left or space in the modern world for post-work pints. Monday to Friday it’s up with the lark – work – creche pickup – dinner – wash up, tidy up – bath and bed for the baby – more work – bed. None of this involves being down the mines or out in the fields, but at the same time, it’s pretty low on rest and relaxation.

The days of nipping in for a pint and a chat on the way home to work are gone, but, of course, they were never really there for women anyway. That was a man’s preserve. The quiet social wind down of one or two drinks as part of a routine with friends and neighbours after a hard day’s work was a part of a man’s working day, out of the house.

Women were never a part of that – instead, my granny’s generation had their cup of tea and a smoke mid-morning with the neighbour before getting on with the day’s jobs around the house and preparing for hordes of children to come home for their dinner. The odd evening there might be a game of cards and a sherry at home or a game of bingo once a week.
We don’t have it as hard as they did, obviously. We have lovely lives, filled with nice things and good hair and modern conveniences.

But there is very little time left for that quiet cup of tea with a friend or the weeknight sherry with a neighbour. Nights out with friends are rigorously planned, weeks in advance, subject to baby illnesses and babysitter timetables

During my last four hour marathon in my local salon, I read an entire book (you don’t get much reading time with a one year old, and I was determined!) and made two new pals after we complimented each other’s hairdos. I enjoyed my coffee, which I managed to finish while it was still hot, and going to the toilet in peace.

Would a drink have made a difference? Not massively. Would I have taken one if it was offered? I would. There are few things more pleasurable in life than a good book, good company, and a cheeky gin.

In a time when home helps are few and far between and kids wait years for crucial surgeries, you’d really have to wonder who put this measure at the top of the list.