Women’s trauma is a national scandal

Every so often a radio phone-in show opens a Pandora’s Box and out pours a hitherto hidden trove of stories that shock the listener.

We thought we had heard it all when it came to reproductive healthcare in Ireland after the many shocking stories that led to repeal of the eighth amendment.

But all week, call after call to Liveline has revealed the hidden trauma at the heart of very many Irish households. They say a mother is the heart of every home but when the mother’s first experience of motherhood has left her broken, where does that leave the home?

These are stories that have been told before, among women. They have been whispered from mother to daughter late at night when the grandkids are put to bed, they have been shared incredulously by shocked new mothers in support groups and they mean that many women are terrified of labour and birth because of the horror stories they’ve been told.

Obstetric violence is not a new concept but it is gradually gaining awareness worldwide. A Croatian MP recently stood up in parliament and described her experience of undergoing a painful obstetric procedure without anaesthesia. The country’s women have since backed her calls for change with an overwhelming number of women sharing their stories using the hashtag #breakthesilence. And while many of the women’s stories on Liveline did not refer to violence or non consensual invasive procedures (also known as ‘birth rape’), many more did.

The organisation AIMS (Association for Improvements in the Maternity Services) has been working to change maternity policy in Ireland since 2007. A group of women came together to set up AIMS after their own traumatic experiences within the Irish maternity system. Part of their campaign was the repeal of the eighth amendment because of the impact the eighth had on consent and autonomy throughout pregnancy and birth.

We are familiar with the many, many legal cases the HSE has fought in relation to pregnancy and birth. Women who refuse Caesarean sections or other interventions have been brought to court in order to enforce the HSE’s duty to the foetus. And we are familiar with the tragic and unnecessary deaths of women within the maternity services, a number of whom have been migrants.

Officially, much of this is in the past along with the eighth amendment.

However it seems the problem is not confined to the legal arena or to complex matters of law and balancing rights between woman and foetus.

It seems the problem goes an awful lot deeper than that and it is experienced at every level, in every scenario – miscarriage, birth, and birth accidents – and in every hospital in the country. The volume and variety of calls to Liveline was astonishing.

Women spoke of rudeness, dismissiveness and hostility from health care providers. They spoke of being told to pull themselves together when mourning their dead baby. One woman told how, hours after she had undergone a very traumatic emergency Caesarean section, as she was sitting feeding her baby, the doctor told her to join Weightwatchers because she was fat.

They spoke of undergoing procedures without information or consent. They spoke of being isolated and ignored in their own treatment, and of being expected to just “get on with it” after experiencing the most physically and psychologically traumatic event of their lives without any compassion or support.

Women spoke who had been diagnosed with post-traumatic stress disorder following their experiences of giving birth.

I have heard many of these stories before. In Facebook groups and friendship circles I have heard of consultants dismissing women’s pain, midwives ignoring women’s requests for information about what was happening to them, and I have heard many stories of women requesting their files because, months after giving birth, they have no information on what went wrong and why their experience became so traumatic. A migrant woman has described to me how she was told during her labour that having the baby would not get her citizenship.

Birth doesn’t have to be like that. Ireland’s focus on the medical model of active management of labour is out of date, and leads to some staff acting like they are dealing with a factory production line rather than dealing with women at one of the most precious and important times in their lives.

The pioneering midwife Philomena Canning, who recently died, was still waiting for a legal settlement from the HSE which had withdrawn her insurance for assisting at home births, although international experts found no issues within her practice. Her dream had been to introduce birth centres for Irish women to remove uncomplicated births from the hospital setting.

While some births will always be difficult, most births don’t have to be traumatic. AIMS has been working to change the system in the face of obduracy from within, and some positive changes have been made. Public, free, midwife-led schemes have been introduced in a number of hospitals but are starved of funding or kept on a pilot basis for years and not allowed to expand, despite excellent records of care and a relationship, respect-based model that means they are full of happy repeat clients.

But it isn’t enough. More women should be able to avail of this excellent alternative to the medicalised system. And staff within the system, while undoubtedly overworked and under pressure, need to recognize that many of these women’s experiences are their responsibility.

Nobody goes into a medical career to deliberately be cruel. But carelessness can equal cruelty when the subject is vulnerable and in pain. Giving birth is an experience a woman never forgets, for good or bad.

Follow-up care – both physical and mental – for women needs to be vastly expanded particularly after miscarriage and traumatic births.

Like so many parts of the health system, caring for women’s mental health after birth is mostly left to a hodge podge of charities, voluntary support groups and unregulated private interests.

When so many Irish women are being left with psychological scars, their neglect is a national scandal. 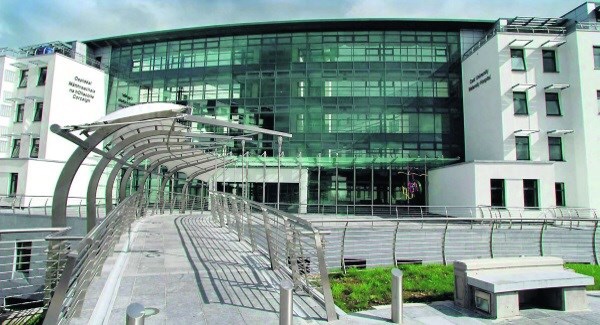