Laundry apologists live among us 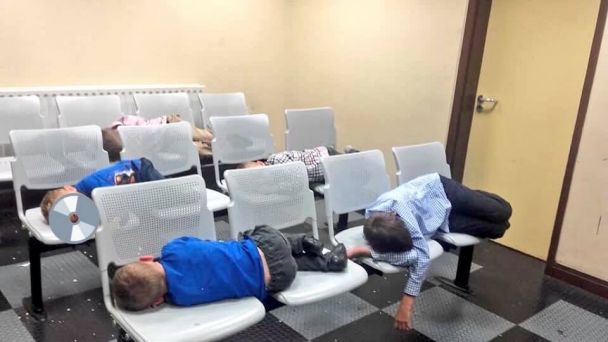 It’s easy to blame Church and State for all the ills that have blighted Irish society. Warehousing the poor in workhouses; separating children from their parents in industrial schools for the crime of poverty; enslaving women in Magdalene laundries for the crime of pregnancy.

But those whose ancestors incarcerated women with the temerity to bear children at the wrong time, with the wrong man, or at all, are still with us. These days, they are keyboard warriors and angry radio callers, but the modern version of incarceration and forcible separation is trial by social media and reputational destruction.

They’ve spent much of the past two days frantically searching Margaret Cash’s Facebook profile for evidence that she and six of her seven children deserve to sleep overnight in a Garda station.

They tweeted vile abuse and assumptions about this woman and her children, about single mothers and so-called spongers.

They rang radio stations to suggest that she “and her breed” be forcibly sterilised.
They believe her children should pay for what they perceive as her sins, and that she can be made an example to others who might think they can breed their way into a council house.
They are among us and they are merciless.

Many of them campaigned against the recent referendum. Some of them are the same people who will be out in force to welcome the Pope, supposedly the representative on earth of the lord of mercy, charity and love, whose hotel bookings for this once in a lifetime event will shove still more of these ‘parasites’ out on the streets. What would Jesus say?
Margaret Cash is an example, alright; an example of this Government’s utter failure to tackle the housing crisis.

Up to very recently, one homeless child was a national news story. It was a national disgrace. We were not the kind of country that would allow this.

In Ireland 2018 it takes six homeless children sleeping in a Garda station to raise so much as an eyebrow. One homeless child is unfortunate but six or seven must be somebody’s fault. And that somebody is inevitably their mother.

It’s always the mother’s fault. She should have used contraception! She should put them into care! She shouldn’t have got pregnant in the first place! Until you run out of road, and decide you are all about women’s rights. Then it’s “where’s the father”?

The errant father question still manages to blame the mother for choosing the wrong man. Never mind that it takes four years to get divorced, that domestic violence supports have been decimated and that there is no legally enforceable obligation on men in this country to support their children.

Margaret is not the first mother in this situation, and as politicians realise that public opinion will continue focusing on the women and not on them, she certainly won’t be the last.

In June I interviewed Keely Jones, a mother of nine living in tents on a beach in County Cork with her children. They had been evicted so their landlord could sell up.

There is no available house big enough in her part of County Cork for them to move into. Not because she won’t take a small house; because the council will not grant a HAP payment if the house is considered overcrowded.

I know a lot about Keely’s medical history, because the keyboard warriors’ questions came thick and fast. She asked to have her tubes tied aged 21, married and with three children. Doctors refused. She can’t take contraception because it affects medication she’s on for bipolar disorder.

Talking heads never stop bleating about how it’s ok not to be ok, but clearly this only applies to good-looking celebrities who make rational life decisions. It doesn’t apply if you’re poor, or a Traveller, or a migrant.

Despite having a mental illness, despite having nine children dependent on her, despite living in tents and B&Bs and holiday homes for months now, Keely is determined to keep her children. But I can sense her flagging. She’s had to split the family up, older kids with a family member, younger ones with her, in a tent, in a friend’s garden.

She is on the edge of a precipice and the keyboard warriors are willing her to fall, because they just love a fallen woman. Women like Keely Jones and Margaret Cash have made their beds, so the thinking goes, and now they, and their children, have none to lie in.

There is a theory in psychology called the ‘just world phenomenon’. We victim-blame because we believe that if the victim is somehow at fault for their own predicament, we can keep ourselves safe by superior decision making. So we blame vulnerable people for the result of mistakes they’ve made, while never acknowledging how much higher the stakes were for them in the first place and how much closer they were to falling.

Bad decisions are part of messy, complex life. How the State supports those who might make them reflects on all of us. And, really, like our ancestors who ignored or propped up the laundries, we’re not looking so good right now.