HMV, horseburgers, and what they have in common 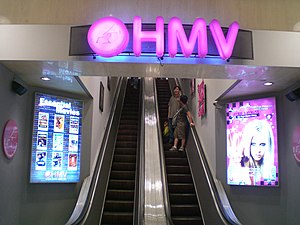 Both begin with H; both sometimes feature a small dog looking up at them quizzically; and both were in the news this week as evidence of a failure of consumerism to work for consumers.

The nostalgia evident among people of a certain age, we’ll say mainly 30 – 45, about HMV this week was amusing and irritating in equal measure. This age group are the ones who brought the store to the dizzy heights of king of the high street chains, buying up Madonna cassettes and Oasis CDs like smarties in the 1980s and 1990s heyday of the stores.

Unfortunately, they’re also the among those who’ve embraced buying online and downloading with gusto. The two things are different, of course, but both are bad for on-street retailers.

HMV’s Irish operation went into receivership yesterday evening, because of a failure of consumers to understand the value of what they consume and how they consume it.

In this situation, we are consumers, not citizens, because ultimately, it’s a chain of shops selling mass market products manufactured in third-world countries, not your granny’s sweetshop or your local pub, both of which exist in the grey area between capitalism and community.

Communities of consumption and identifying with people who shopped the same places you did, gradually replaced real communities as massive multinational chainstores came to power during the same period as Madonna and Oasis. Those real-world consumer communities are now in turn being destroyed, as online usurps them.

Sure, you can ‘browse’ around play.com or iTunes. But for those who are lamenting HMV and the experience of flicking rows of alphabetised CDs as you try and hunt one you want, of eyeing a fellow country and western fan over the top of a Reba McEntire album, something irreplaceable is being lost.

I don’t have much interest in music shops, but I’d be heartbroken if the same fate were to befall my favourite bookshops, so I don’t buy books online. I’d rather pay €2 extra per title, or even €5, to see someone local in a job and have somewhere cosy to mooch around for an hour on a Saturday. With a real-life store, with real-life staff and premises, you pay for the experience as well as the product. That costs more.

HMV is only one story this week to show the increasing folly in how and where we spend our money. ‘Horseburgergate’, as I’m sure it’s become known somewhere, has made it clear that sourcing and shopping local is important.

In case you haven’t heard – impossible! – the Food Safety Authority revealed this week that cheap readymade supermarket burgers contain traces of pig and horse meat. At least both of those are still meat; you’d have to wonder what else is there that they didn’t test for.

Howls of indignation from farmers yesterday were justified, as they pointed out how much it costs them to conduct rigorous tracking of everything they produce that ends up on our plates. Food labelling is an enormous issue, and particularly so in large supermarket chains with immense buying power who can source ingredients anywhere in the world and package them in Ireland, buying them the coveted label that says they’re a product of this country.

There’s one simple way to avoid eating mystery meat; buy it at your local butchers. They can tell you where the cow came from, when it was killed, and they’ll cut and mince the meat in front of you.

Even better, the money trail is clear – your money goes to your local butcher, who pays staff, and for a nice shopfront in your local town, and from him or her to the slaughterhouse, and the farmer.

Money circulating locally, and peace of mind for everyone involved. Surely that’s worth a couple of euro extra?