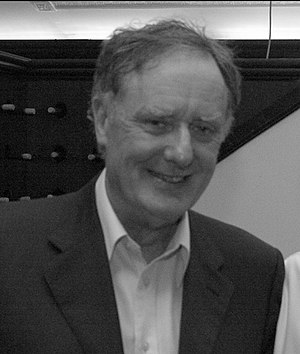 Fianna Fáil Health Spokesperson Billy Kelleher has welcomed the publication of the report on Symphysiotomy in Ireland by Professor Oonagh Walsh.Deputy Kelleher said: “This first part of this report gives a very concise history of this procedure in Ireland and across Europe. The report says that the procedure was used in the majority of cases in an emergency and did assist with saving babies lives in particular before caesarean sections became common practice. The report says symphysiotomy “was wrongly used in a number of cases”.

“In the larger Maternity hospitals such as the Coombe, Rotunda and Holles street it was used very infrequently, 0.36% of cases (7 out of 5,874 births) in the Rotunda. It seems to have been used more frequently in Our Lady of Lourdes Hospital in Drogheda and the last case was reported in 1984 when most of the other hospitals would have stopped using it in the 1960’s. The fact that it was still being used in 1984 should be investigated further as it seems totally unacceptable when alternative life-saving treatments were in common use by then.

“Judge Maureen Harding Clarke investigated cases of women in this same hospital who had hysterectomies unnecessarily and this was done in a very swift non-confrontational manner. Minister Reilly should look at this model when the final recommendations are made.”

The second part of this report will contain recommendations. Deputy Kelleher concluded that “there is no doubt that that these women should not be prohibited from taking civil cases by the statute of limitations.”

Political doublespeak, waffle, spin… call it what you will. It’s incessant.

Politicians moving motions of congratulations, condolence, sympathy, at local authority meetings where nobody cares and they are simply wasting time they should be formulating policy and making decisions.

And politicians issuing press releases purely to be in on something. The very odd time, they have something useful to add. More often than not, they are trying to involve themselves in a story that they have nothing to do with, that they have never contributed to in any meaningful way, and that they never intend to help with, really. But it’s 99% perception, isn’t it?

I got this press release yesterday from Fianna Fáil health spokesperson (and my local TD) Billy Kelleher, about the symphysiotomy scandal.

I watched Vincent Browne last Tuesday night along with thousands of other absolutely horrified viewers.

The dignity of the victim on that show was almost unbearable.

And we followed up on it for Thursday’s paper, with the story of a Cork woman on the front page. Her husband was justifiably angry about their treatment by politicians, who came and went, always making sure to get their name in the story.

Mrs Murphy’s husband singled out Micheál Martin, in particular, for his neglect of the issue when in office. Billy Kelleher’s party – including the former Junior Minister himself – was in Government for the vast majority of the years this scandal has rumbled on. They were in a position to help these women, and they didn’t bother. Deputy Kelleher suggesting, after years in Government without lifting a finger to help these women, that this Government “fix it” by removing the statute bar, is absolutely cynical. Half the women are dead, and the other half are elderly, and, largely thanks to the brutish treatment they received, very infirm.

Why on earth would I include this waffle in a story about the brutality suffered by thousands of women for whom justice has never been done?