My childhood memories are filled with holy statues, the smell of incense, the sound of pews squeaking on a tiled floor in an echoey church. Visits to the crib and offkey hymns were Christmas.
The somewhat gory sight of the Virgin Mary’s foot crushing a snake fascinated me during primary school assemblies, and the comforting Sunday routine of mass and a roast dinner anchored the week. 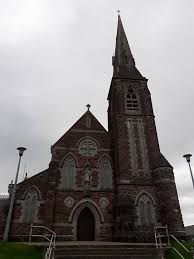 By the time of my confirmation I doubted the existence of God, and by my graduation mass in secondary school I had decided the church, its misogyny, homophobia, hunger for power and hypocrisy, were not for me.
But I had a childhood of routine, of community, and of certainty.
My children are christened. They have two parents, and the other one is less of a doubter than me. But they will not live by that same routine. Because the idea of an entire community built around a church, a certainty of routine and a comfort of belief, is gone. And there is something to mourn in that loss.

Recent research from Harvard shows that children raised with religion report better well-being as young adults.
The study reports that those who regularly attend religious services or practiced daily prayer or meditation as young people reported better satisfaction and positivity in their 20s.
They were also less likely to smoke, be depressed, use illegal drugs or have STIs.

A word of caution – the study relies on self-reporting. And of course, it doesn’t specify a particular religion.
But I can’t say the results are hugely surprising, because while the move to secularisation has made us a more tolerant, open and loving society in so many ways, and made life bearable for so many people who were not welcome in the old Ireland, those of us who no longer subscribe to organised religion have not found a way of replacing it, together.

We may have a personal moral code but – analysing my own, at least – that is often substantially based in Christian, if not Catholic morality. The basic message of Jesus – love one another – is the essence of living in any society. My old religion teacher used to say that all religions were a path up the same mountain, but where does that leave those of us without one?

Many of us report being ‘spiritual’. We practice mindfulness, meditation, we have our own particular relationship with superstition or religion or our own hodge podge of a la carte beliefs. Some of my friends – quite a few of them – seem to be part Buddhist, part Catholic, part self-help book. And it works for them, personally.
But it’s a difficult thing to communicate that very personal set of beliefs, many drawn from a Catholic childhood context, to anyone else. Particularly to a child that might be struggling to deal with something.

My son isn’t three yet, and already I find myself trying to focus on ‘the real meaning’ of Christmas, because I want him to appreciate the feeling of love and togetherness that came before the presents and food. And the story of Christmas, the symbolism of parents doing anything for their child, the image of a family together against all odds and the love they have for one another, is still a good story for teaching children about love, whether or not you believe in its veracity or the divinity of that child.

To establish a moral code and guide to life without the structures ready-made by a religion requires thought and effort. Some people are willing and able and articulate and confident enough to do that for their kids. Most, I would venture, aren’t, or don’t feel they are. And that’s probably how religion became so popular in the first place.

But apart from morality, there is a community aspect to organised religion that is very difficult to replace, particularly in this modern Ireland where so many of us have moved from our native places, don’t know our neighbours, and are building our ‘village’ from scratch.
Ten per cent of us in Ireland, according to the latest census figures, now profess to no religion. And while that’s a healthy sign of a country embracing plurality and freedom, it does mean ten per cent of us are missing out on a form of belonging that most of our ancestors took for granted.

My ancestors fundraised to build our local church. Our name is etched into the stones of what was the most important building in the village. And religion is only a very small part of what that means.

I will not raise my children to see women as lesser, to see gay people as intrinsically disordered, to collaborate in erasing the historic wrongs of the Catholic church and Irish society.

But I do believe that children do better being brought up in a community, with some easy answers until they are old enough to figure out themselves that there are no easy answers, and with a sense of belonging.

Whether that’s a religion or something else, searching for it starts here.