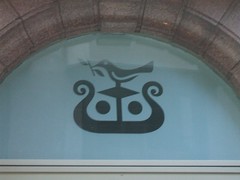 AIB’s announcement earlier this week that 2,000 of its staff will lose their jobs this year due to financial constraints was overshadowed by the surprising revelation that the bank will consider writing off debts for some mortgage holders.
The plans are not set in stone yet but according to the bank’s executive chairman David Hodgkinson, a range of possibilities including debt forgiveness, intergenerational mortgages and extended loans are all being considered.
These would have to be agreed by the Central Bank and, interestingly, by the other banks. This is notable because it suggests that the other banks could end up following suit.
While there’s no doubt that there are thousands of families who would welcome any relief from the burden they are struggling under, there are so many problems with this idea that it’s going to be a very difficult one to carry out.
Calls on both the previous and current Governments to introduce some kind of debt forgiveness scheme have gone ignored because the area is so controversial.
While there are undoubtedly thousands of people stuck with houses they can no longer afford due to circumstances beyond their control and beyond reasonable foreseeability, who’s to differentiate them from people who bit off more than they could chew for a taste of the good life?
People who saved up, lived modestly or held off on purchasing altogether, could now be asked to pay for the aspirations of their average-salary neighbours in the detached mansion with deck, hot tub and electronic gates.
While this argument is absolutely valid, let’s not forget that both those sensible people and the more profligate among us are already paying the debts of the ultimate spendthrifts, the bankers.
Mortgage debt forgiveness for those people who are genuinely struggling would add up to a relatively small amount by comparison to the €70 billion that has already been pumped into the banks, or the almost €71 billion in developer debt that is now under the control of NAMA.
While there have been very few mass protests against the bank bailouts, and very little in the way of real manifestations of anger, the level of outrage already at this suggestion shows that something in the Irish psyche would rather see us bail out investment banks throughout the world than bail out our neighbours who got above themselves.
If I was asked to choose between a neighbour who couldn’t manage money and stupidly bought a house for half a million when their salary was €25k, and the banker who recklessy lent them, and thousands of others, that money, and then asked us to guarantee that loan, I know which option I’d go for.
This is a very complex area, but with a well-considered, transparent structure and a range of options that would also allow the bank (which we own, don’t forget) to recoup as much of the loaned money as possible, it would be fair to everyone.