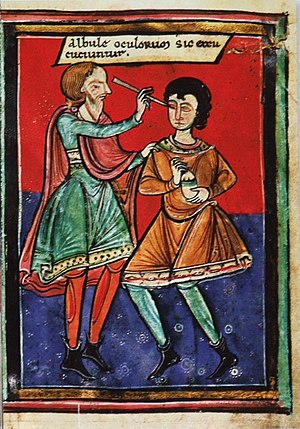 TWO weeks after my first appointment at Optilase, my glasses and I are starting to fall in love again. Then out of love. Then back in love. I’m so confused; it was never meant to be this hard!
The thought of having laser surgery seems absolutely logical to most people, but, as I wrote last time, I’ve had these windows on the world since I was four. They’re like old friends!
So it’s fair to say I had been having second thoughts, and a little bit of me was hoping that Dr Conall Hurley, Optilase’s surgeon and one of the best-regarded eye surgeons in the country, would tell me to go home and get over it.
No such luck.
Dr Hurley, who is not just an eminent eye surgeon but is also team doctor to Nemo Rangers, talks a mile a minute and is incredibly comfortable with his subject. He has written articles for medical journals on laser eye surgery and tells me that he, unlike many laser eye practitioners, was first an eye surgeon. He still does other eye operations both with and without laser, and knows the structure of the eye like the back of his hand.
As he takes another look at my eyes, he goes through the results of the previous tests with me and shows me how the procedure will work.
He is recommending Lasik for me, due to the faster recovery period and those “good healthy corneas” I was told about on my previous appointment. Another good reason for choosing Lasik is that it’s easier to carry out follow up enhancements if the first procedure doesn’t result in 20/20 vision.
Reassuringly, Dr Hurley has carried out thousands of these procedures, which, as outlined to me in my first appointment, involves creating a flap in the epithelium and stroma (outer layer of the eye) and using an excimer laser to ablate corneal tissue under the epithelial/corneal tissue flap.
My procedure is scheduled for Thursday, 20 April, and I am told not to wear contact lenses for two weeks up to the day. That’s going to be tough, but when I think that I’ll never need to wear the bloody things again, it’s definitely worth it. I am also advised to take Omega 3 oil and Linseed oil to improve my tear quality (not something I ever realised was a problem) so that I won’t suffer from dry eyes afterwards. I won’t be allowed to fly for a month after the operation, and a planned trip to London is just one day outside that window. Fingers crossed, I will be fully recovered and able to enjoy London sans spectacles for the first time.