Change is possible but we have to prove we want it 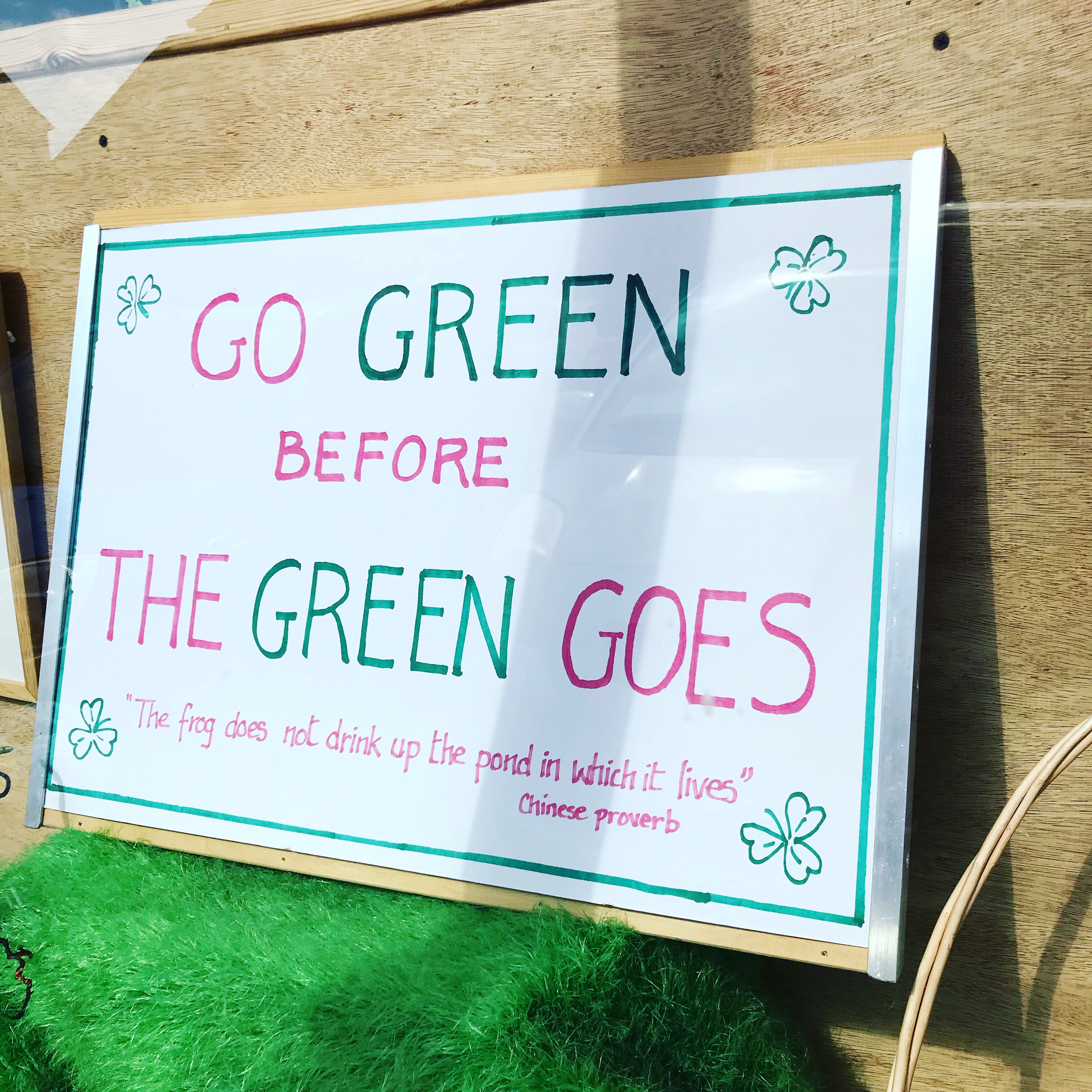 Sustainability has been a buzz word in consumer products for a few years now, but most of us have done little more than pay lip service to the environment. Now, though, a growing movement to help halt climate change is being led by teenagers, and women activists.

For the past few months, young people worldwide have been following the example of Swedish 16 year old Greta Thunberg, who began striking against climate change last year, outside the parliament in Stockholm. Just a couple of weeks ago, thousands of teenagers marched throughout Ireland, joining millions more around the world who are concerned about their future in the face of our inaction on climate change.

A new podcast developed by Cobhite Maeve Higgins and former President Mary Robinson called Mothers Of Invention highlights the many female, community based climate and environmental activists working worldwide to combat climate injustice. It is an inspiring listen and gives courage to those who are trying to make change in their own lives or communities.

At the same time, a huge movement against plastic waste has begun, after Blue Planet showed the damage done by plastic to marine animals.

The realization is dawning on us – much too gradually – that we cannot continue as we are. While the effects of climate change in Ireland have not been as devastating as in other countries, we have seen so many ‘once in a lifetime’ weather events in the past few years that the phrase is meaningless. There have been resulting deaths, and there will be more. In other countries the impact is causing mass flooding, drought, crop failures, death, and contributing to mass migration on a scale which is causing major political instability in some regions of the world.

Just because we can’t see it obviously here, does not mean it isn’t happening. But it is happening, people are already suffering, and it will get worse.

In the face of such massive problems it is easy to feel paralyzed. And, in truth, the impact of individual action on climate change is negligible. But enough individuals acting together, making their own changes and making a case for change on a political and economic level, is the only way we can halt or even slow the damage we have been causing.

I’ve been asked to speak at the She is Sustainable event in UCC, because over the past three years I have written and blogged about my efforts to lower our household’s impact on the environment.

While I was always vaguely aware of environmental issues, my determination to change my ways coincides with the birth of my older son and the terror I felt when I realized the world we are leaving for our children.

Compared to most activists I am very much in the “could try harder” category. But I am trying. I no longer use harsh chemicals around the house or garden. I am conscious of the waste we create and try to buy food without packaging, or with reusable, biodegradable or recyclable packaging. I no longer buy large volumes of cheap clothes, as so many end up in landfill and their manufacture is so water and energy intensive. I’ve introduced cloth nappies for my younger son, although we still use some disposables. We buy mainly organic fruit and vegetables, because of the impact of intensive chemical laden farming on soil and insect life. We compost, and grow a very small amount of vegetables. We try and plant our garden to be insect friendly.

But nobody is perfect.

We still burn fossil fuels – the renewable options are expensive, not always reliable, and not very practical for older houses. When we were choosing where to live, we considered the public transport options as an essential feature, something that is not available to a lot of people in Ireland, but we still need a car. We have cut down on our consumption of animal products, but it is challenging, time consuming and expensive to change the diet of a busy four person household and ensure everyone is adequately nourished, so that’s a work in progress.

Every aspect of modern life has an impact, and so many of the things we think are impossible to do without are incredibly recent inventions.

Clingfilm. Baby wipes. Kitchen paper. These are three examples of things we can barely imagine living without – despite the fact that they haven’t been in general use for more than about  20 years. The idea of buying a new top for every night out is unthinkable to anyone over 50. The notion of drinking a beverage walking down the street would have horrified my granny, much less drinking it from a single use vessel. She’d have washed and dried a takeaway cup and kept it in the press to use again.

Opening each other’s eyes to what we are doing is essential in order for change to happen. But hectoring people doesn’t work.

Once your eyes are opened to the insanity of how much we all consume, every day, it is impossible to close them again. You cannot unsee it, and it’s not pretty to watch.

So many of our worst excesses are very recent. They’re unnecessary, and reversible. But it takes all of us doing it to take the profit incentive away from the big companies that are making money from our wasteful habits.

If enough people show that we want and need change, show it to the companies that sell us things and the politicians we vote for, they will change. A critical mass can do this, and that’s why small changes are crucial. Teaching people how to make their own changes empower them in a way that lecturing or frightening them will never achieve.

And showing that we are serious about change will make politicians act. We can’t do it without them. Public transport, renewable fuel and power generation, electric vehicles and sustainable waste reuse and disposal must be incentivized.

Politicians must know that they will be made accountable . We can’t leave it to 16 year olds to stand up for all our futures. They can’t vote, but we can. We need to ensure all our politicians know that this is a priority for us, that they can’t continue with their heads in the sand, and that they know their political careers will depend on their commitment to ensuring a future for all of us. The local and European elections are coming soon, and most of us will be canvassed.

Tell them. Tell them you care about the future, that we need meaningful action now, and that their job – and all our lives – will depend on it.