Celebs talking about their nits gives me an itch

It’s time for the media to make a new year’s resolution, but to do it, we need your help.
There used to be such a thing as too much information, but these days no ailment is too disgusting, no thought too private and no statement so pointless but it warrants coverage somewhere. And the problem is, if it’s covered, we will click.

Embarrassing Bodies was only the beginning. Nowadays it seems there is no issue too embarrassing for people to ‘speak out’ about, no matter how irrelevant they or their issue is to the public at large. 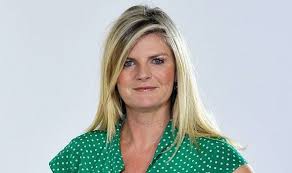 Susannah, of Trinny and Susannah fame, has ‘spoken out’ about her nits.
Yes, her nits.

Susannah Constantine used to co-present ‘Trinny and Susannah’ and ‘What Not to Wear’, back in the early 2000s. Think of her as a sort of posh proto-Gok Wan, a leggy aristocrat who wouldn’t look out of place as a distantly related royal at next year’s nuptials. From an initial meeting at a dinner party hosted by David, Viscount Linley (I don’t know either) they began a sort of fashion advice industry including regular appearances on Richard & Judy and a column in the Telegraph.

Anyway, now that you know who Susannah is, she’s got nits. As I write this I am scratching my head, partly because now I’m thinking about nits rather too much, and partly because I am wondering whether or why anybody at all cares that Susannah has nits. Apart from Susannah herself of course, who cares quite a bit. And rightly so.
But this is the bit that – pardon the pun – bugs me. Why should any of the rest of us care?

Over the past few years we’ve been encouraged to talk about things. That’s grand, but the increasing number of celebrities ‘coming out’ recently about everything from asthma to zoophobia has shown the utter pointlessness of talking about some things.

I understand that some medical conditions are little-known or understood, and that for fellow sufferers it may be welcome news that their favourite radio presenter sufferers from incontinence or that TV star they watch had early menopause. I get that.

But nits? Everyone gets them. Everyone who was ever in primary school has had them. It’s like ‘coming out’ about needing to go to the bathroom, or that time you caught a wart from the kid who sat beside you at school.

Susannah’s invitations for coffee dried up, apparently. Not very nice, certainly, but news? No.

So, for 2018, I think we need a new resolution. No more celebrities ‘coming out’ about their irrelevant medical conditions. How about we decide not to talk about everything? Maybe your granny was right. Some things should not be discussed.