Burnout is only the beginning 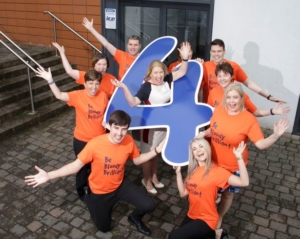 Are you feeling a bit wrecked? Sleeping badly? Suffering from poor digestion? These symptoms and others are now recognised by the WHO as signs of burnout.

Burnout, I hear you scoff! I’m not some 80s Wall Street trader, up all night snorting cocaine and roaring at people on the trading floor all day! Or a life saving emergency surgeon, spending days at a time in theatre, and making life or death decisions in the blink of an eye.

Well, burnout, once the preserve of high rollers, is now recognised by the World Health Organisation as a syndrome caused by workplace stress that has not been successfully managed and affecting all kinds of people. It makes people feel exhausted, cynical about their job, and means reduced levels of professional efficacy.

Ordinary people, doing ordinary jobs, are now suffering from the kind of stress that should really be reserved for people holding countless lives in their hands. People with nuclear buttons, the power to halt climate change, that kind of thing.
But no, office admins, sales reps, teachers, nurses and all the rest of us who just try and do an honest day’s work for a day’s pay are under such pressure from our jobs that they are causing us to be physically ill.

When did a job stop being a job?

Sure, you always had jobs that were more like vocations. Some of them did once require actual vocations; it’s no coincidence that nurses and teachers tended to be nuns, who didn’t have to occupy their headspace with homework and dinners outside the working day. But it’s only in the past few years that we’ve required people to display passion and dedication in the hunt for even the most mundane of jobs.

Look at a situation vacant ad from the 1800s. “Wet nurse wanted. Must be a good needlewoman. Apply in writing, etc.” No mention of loving children, being passionate about breastfeeding or fulfilling your creativity through embroidery. Look at one from the 1950s for an air stewardess “See the world!” followed by a range of physical requirements but absolutely no requirement to love flying or be passionate about pouring drinks.

While the concept of personal fulfillment might be relatively new, the idea that we are all meant to be entirely fulfilled by our job, no matter what it is, is even more recent. Are you fulfilled and rewarded and passionate about data entry, form filling or floor scrubbing? Are you highly motivated and enthused by balance sheets, ad campaigns or cold pressed coffee? No? Well, consider yourself normal.

Because setting ourselves up for a lifetime of happiness and self-actualisation based on jobs that require long hours and emotional investment for fairly bog standard remuneration is a recipe for disaster.

We are burned out because we are expected – and we ourselves expect – to be emotionally invested in our work. To be endlessly available, hustling and on message for the mission of our employer whether it’s a bin company, a brewery or a cancer charity.

And it’s killing us.

We are the first generation to fall entirely for the myth that work is life and life is work and we are meant to see no divide if we want to be truly happy. Burnout is the inevitable consequence of this logical impossibility.

Work is meant to make it possible to have a nice life when you’re not at work. It’s not an end, in and of itself.
The cult around entrepreneurship, hustling and leaning in, has spread to all sorts of jobs that do not enjoy the payoff of a Steve Jobs or a Sheryl Sandberg, and it’s not as simple as telling individuals to practice self-care because it’s the system itself that is sick

It’s becoming abundantly clear that our economic system is damaging both us and the world we live in, and it isn’t sustainable.

Telling people to go for a walk or do some yoga when they are stuck on a hamster wheel isn’t much good, because falling off that hamster wheel could be economically, emotionally and physically devastating.

The cure for burnout isn’t an individual one. Much like telling people worried about climate change to stop using plastic straws, telling someone suffering from work-induced burnout to go for a massage or start journalling ignores the wider issue in favour of stressing out the individual even more.

The entire system – the two income five days a week mortgage paying merry go round we are on in the Western world – is unsustainable.

But there are little signs appearing in the most unexpected places that this is being noticed.

The economist John Maynard Keynes writing in 1930 suggested that within 100 years, a 15 hour work week would be sufficient to meet people’s material needs. But, rather than moving towards that as an ideal, lifestyles have simply expanded to meet income.

Just this week, a company in Galway announced that it was moving all its employees to a four day week. Rather than forcing people to work five days, the ICES group is asking employees to work four nine hour days rather than five eight hour ones. It means a three day weekend, something that’s eminently sensible when so many of us spend most of the weekend barely catching up on laundry and sleep with no time for leisure or fun. Other employers are introducing flexi time and work from home policies, but these can often have the effect of making sure we are ‘always on’ rather than cutting down on work.

And in New Zealand, Jacinda Ardern’s government has made a rather drastic policy change in basing its new budgeting strategy on wellbeing rather than economic growth. Every ministry must work together to ensure spending decisions benefit personal wellbeing in areas like mental health, child poverty and domestic violence.

Gordon Gekko famously said ‘greed is good’, but ‘growth is good’ has overtaken this as the prevailing wisdom of Western capitalism. Maybe growth isn’t good. Maybe we all need to step back a bit. Maybe companies, governments and whole economies need to just slow down a bit. Or burnout is only the beginning.