I grew up looking at images of ‘heroin chic’ supermodels, for whom nothing tasted better than how thin felt. 1990s beauty standards were defined by Kate Moss’s protruding ribs, while teen girls’ magazines warned of an epidemic of anorexia and bulimia. 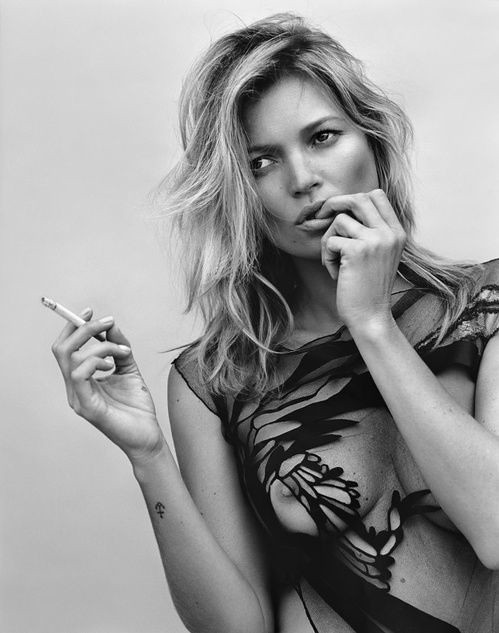 The term body-shaming hadn’t been coined yet, but the rise of magazines outlining every lump and bump on a celebrity’s body in red marker, the sidebar of shame and the introduction of size ‘zero’ to mainstream shops all made women increasingly aware that our natural bodies are something to pluck, wax, buff, starve, and even mutilate if they don’t fit the aesthetic.

With the rise of the internet, pro-anorexia chatrooms flourished. Initially, people were horrified, and many were shut down, but the ‘standard’ image now of what constitutes beauty, while different, requires action that is just as drastic. Now, being extremely thin is only a tiny part of the puzzle.

From Kate Moss’s naturally extremely thin, but fairly low maintenance (for her!) figure, we have come to the Love Island beauty standard, now the norm expected of every girl who dares to go out for a few drinks of a Friday night. Fake tan, fake lashes, hair extensions, botox, full makeup and a gym body featuring improbably pneumatic breasts are now pretty standard.

As a short-haired, sturdily built shortarse with little to no interest in even attempting to aim for this look, I’m a dying breed. As a feminist, it upsets me no end. And as a feminist, you’d think I would welcome the move towards gender equality in this area. Unfortunately, it’s quite the opposite.

Where girls were for a long time the only victims of this insidious chipping away at confidence and self, they have been joined by boys. The standard is different but the effect is the same – establishing goals that are totally unachievable for most people and then making them believe they should achieve them by any means necessary.

Twenty years ago an Irish man who moisturised was considered, at the very least, metrosexual. Ten years ago, teenage boys started getting interested in their haircuts (I think this mostly can be blamed on One Direction). But the body image pressure that has plagued generations of teenage girls is now having an impact on boys, with very tragic outcomes.

Most parents are delighted if their children are into sports and fitness. Obesity is a worry for many, even from a very young age, and we see sports as the ideal way to combat it without causing tension or problems around food.

But the buff bodies of famous sports stars and the social-media led pressure to attain muscles for boys who may take many more years to naturally bulk up can lead to an unhealthy preoccupation with muscle mass and having the ‘look’ of fitness.

@jack_charlesf , that pep talk last night was super appreciated (and educational might I add); just what the doctor ordered! As a thanks I’ve got a great stationery joke you might like about paper….Actually nevermind, it’s tearable! #toplad #pengsort #dadjokes #sorrynotsorry #calmbeforethestorm #teamalex #dralex @loveisland @joeyessex what you sayin?

Just look, for example, at Love Island’s Dr Alex, who was shunned on the first day on the island for his lack of a six pack. He’s a doctor, but apparently being a pretty good-looking, highly paid professional who helps people is less of a sexual selling point than a collection of pectoral muscles you could grate cheese on.

Earlier this week, the Cork County Coroner issued a warning to young people about the dangers of abusing anabolic steroids after the tragic death of 18 year old Leaving Certificate student, Liam O’Brien May.

Liam was a keen sportsman, playing rugby, hurling, football and basketball. He’d just done his Leaving Cert. But after he became ill, his father discovered a packet of steroids in his bedroom – the first inclination the family had that anything was going on with their beloved son.

Sport has become not just a competitive hobby, but a means to achieve an enviable physique, with ordinary people now reaching standards of fitness previously reserved for international athletes.

Weight lifting in particular has become incredibly popular. It’s a tough and competitive sport, but friends who are involved tell me of the enormous sense of achievement and the community they’ve become a part of. Many people do it for that, but many others do it in order to improve their physical appearance – and there’s absolutely nothing wrong with that.

But many of the gyms that are best known for this kind of training are rife with anabolic steroids. Trainers who really care about their clients are working hard to keep their gyms clean, but there are plenty of unscrupulous people out there who are willing to take money in return for instant results no matter the potential price.

Anabolic steroids, like any other drug illegally obtained, present different dangers to different people based on their individual health factors. Prescription drugs are restricted for a reason; they can have unpredictable side effects.

Tragically for his family and friends, Luke O’Brien May’s death shows that even a young man, as fit and healthy as they come, can have unforeseen health conditions making these drugs a serious danger.

All this pain and all this suffering is in pursuit of the illusion of fitness and a gym body, to look ‘acceptable’.

In the 1990s we blamed teen magazines. These days social media takes the blame. But clearly there is something in human nature that is vulnerable and leaves people open to this manipulation of their deepest insecurities by the unscrupulous.